Plextor has it all! Releases all new PlexTurbo and V series SSDs for simple system upgrades 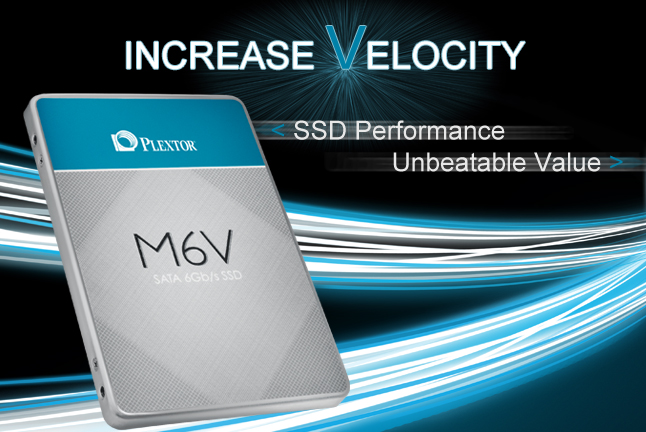 SSDs may have always felt unattainable to average consumers, but today, the leading global SSD brand Plextor has released a new mainstream SSD - V series, perfect for beginners looking for a PC upgrade that noticeably increases speeds. The V series provide three form factors, including M6V 2.5-inch SSD, M6GV M.2 2280 SSD, and M6MV mSATA SSD. The M6V is equipped with the all new exclusive PlexTurbo, Plextor’s smart SSD cache technology. It aims to allow your average consumer to gain access to optimal high performance and the durability that SSDs brings.

The V series use SMI’s newest generation 2246 controllers, which have outstanding high-performance, low-power utility. They also use TOSHIBA’s newest and highest-level 15 nm process Toggle NAND flash memory with sequential read/write speeds up to 535/455 MB/s and random read/write speeds up to 83,000/80,000 IOPS. This great combination along with the superior customization of Plextor’s exclusive firmware makes the V series SSD a great choice for consumers.

Besides the excellent pedigree of the product itself, the M6V SSD that Plextor released is also equipped with the latest PlexTurbo, which shined during COMPUTEX 2015. It uses dynamic cache buffer instead of the average SSD cache, and can automatically identify cold and hot data, releasing the cold data from the system cache and making use of memory cache space more efficiently. The three major features of PlexTurbo include: increases access performance up to 8 times, prolongs SSD usage life, and prevents memory cache data loss.

Plextor V series SSDs are estimated to hit the market at the end of July 2015, and will come in three form factors and capacities shown in the table below.

The latest PlexTurbo software is estimated to be available for M6V users to download on the official Plextor website starting at the beginning of August 2015.