Plextor launches the M9P Plus series: the fastest SSD in brand’s offer 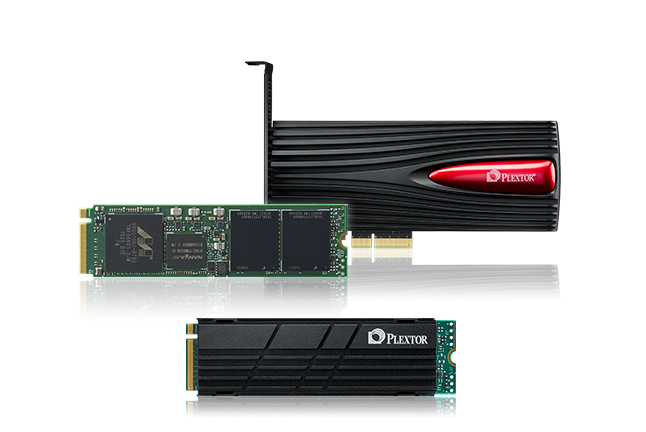 PLEXTOR, a leading manufacturer of award-winning solid-state drives (SSDs) and other high-performance digital storage devices for consumers, announced the launch of its newest NVMe™ PCIe® SSD the M9P Plus series. It’s the fastest SSD in Plextor’s offer.

The M9P Plus series adopts an industry-leading controller (Marvell 88SS1092) along with exclusive PlexNitro, smart cache technology to deliver awesome sequential read/write speeds up to 3,400/2,200 MB/s and random read/write speeds up to 340,000/320,000 IOPS. This is the first series of SSDs in Plextor history equipped with 96-layer 3D NAND memory.

Similar to its predecessors, the new M9P Plus features a high-performing thermal heatsink (M9PY Plus and M9PG Plus models only) to help regulate SSD temperatures during prolonged gaming sessions resulting in stabilized performance.

Exclusively available on the Add-In-Card model, M9PY Plus, the RGB LED feature red light once powered on and interchanges to different colors while on standby mode. It displays a full spectrum of colors during read/write process. The M9PY Plus definitely delivers splendid visual effects to the desktop PC gaming experience.

The M9P Plus comes in three form factors and three different capacities: 256GB, 512GB and 1TB for even better flexibility. It offers guaranteed MTBF (Mean Time Between Failures) of no less than 1.5 million hours and a 5-year service warranty.

PLEXTOR is a world-leading developer of award-winning solid state drives, and other high-performance digital storage devices for consumers. The company launched its first Solid-State drive with the proprietary True Protect technology in 2012. PLEXTOR's award-winning products and reputation for excellence continue to be reflections of its fundamental values. The Plextor branded products are developed and sold by Solid State Storage Technology Corporation.