PlexTurbo is PLEXTOR's exclusive development of an intelligent “Smart Cache Technology”, using system RAM to greatly accelerate the SSD’s storage performance. In addition, PlexTurbo boosts the service life of the SSD and significantly increases access speed as well. After your PC boots up, the programs running before the last shutdown will be automatically preloaded, reducing the waiting time of running the programs. PlexTurbo also provides automatic load balancing that supports multiple drives and interfaces. Even if you use two or more PLEXTOR SSDs, you will still be able to use PlexTurbo. 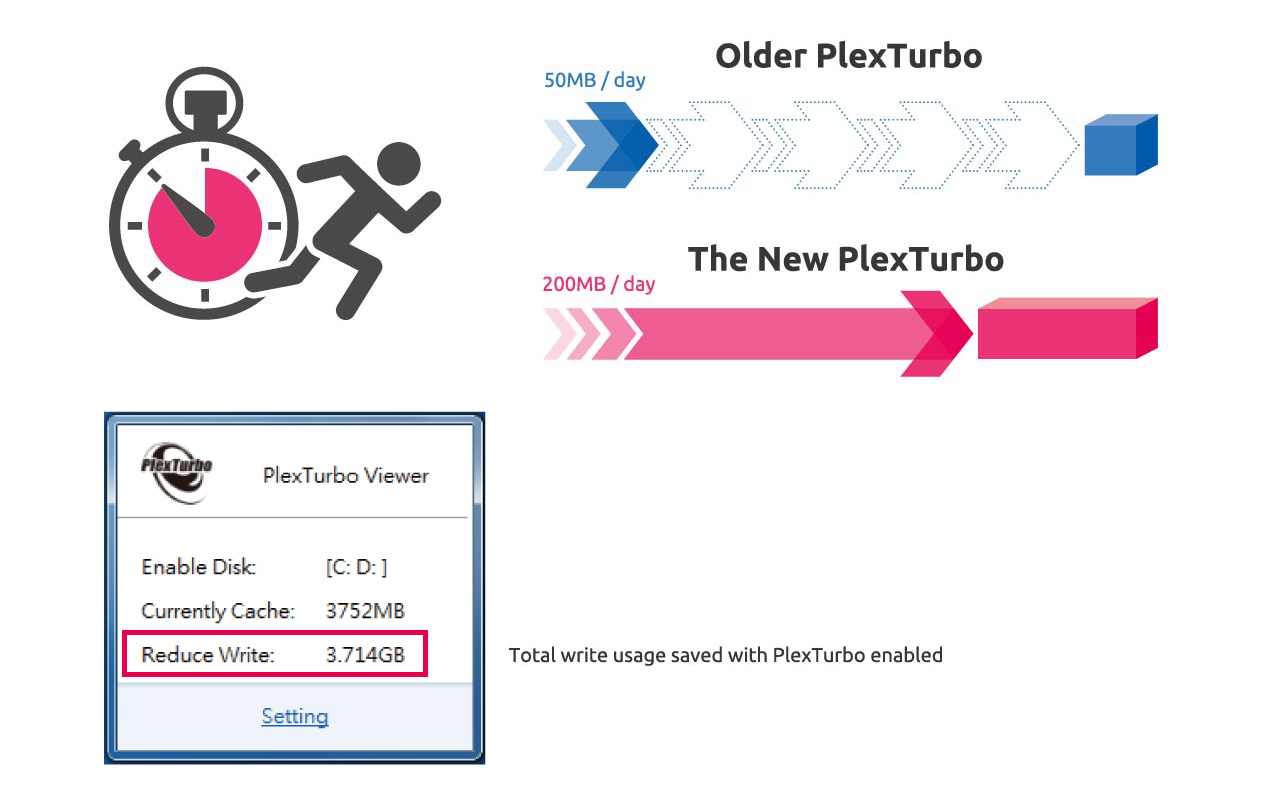 Automatically protects against loss of data from the RAM cache during a power interruption or unexpected system crash. 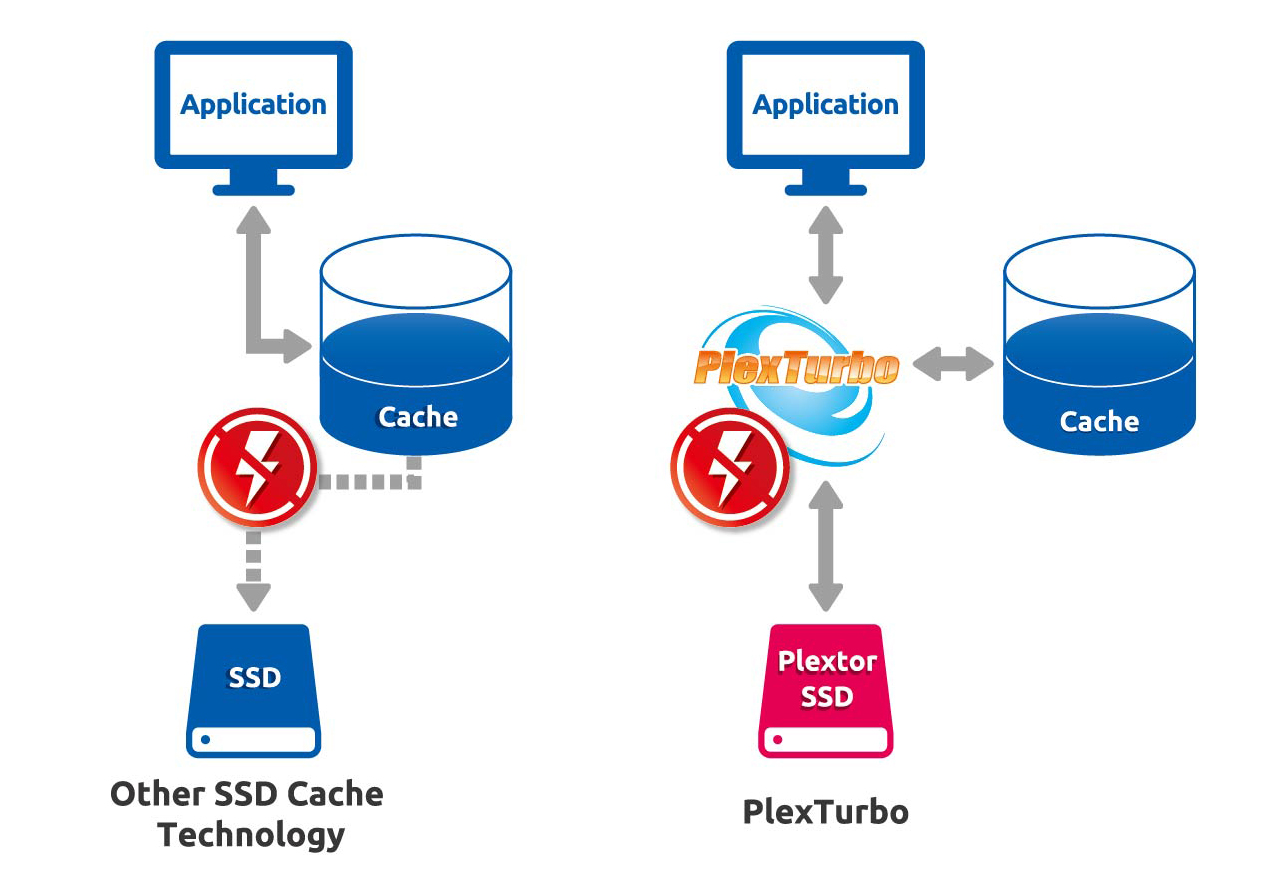 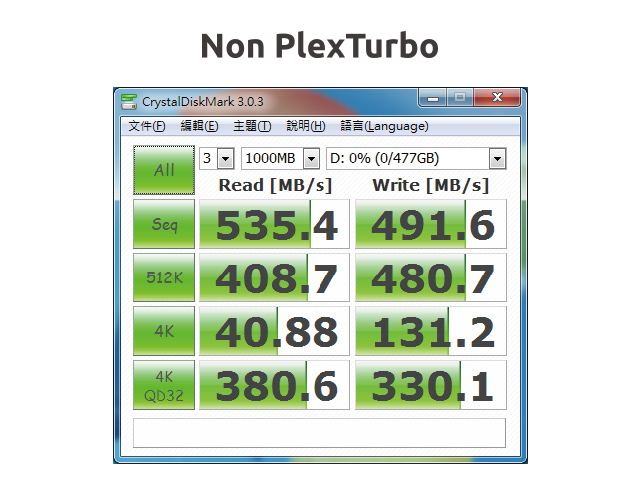 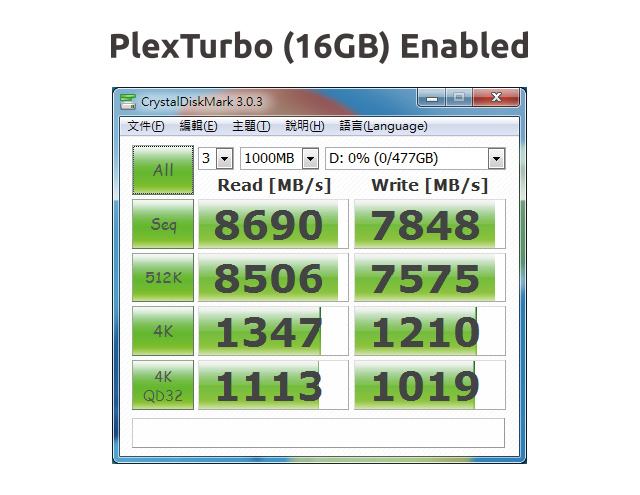 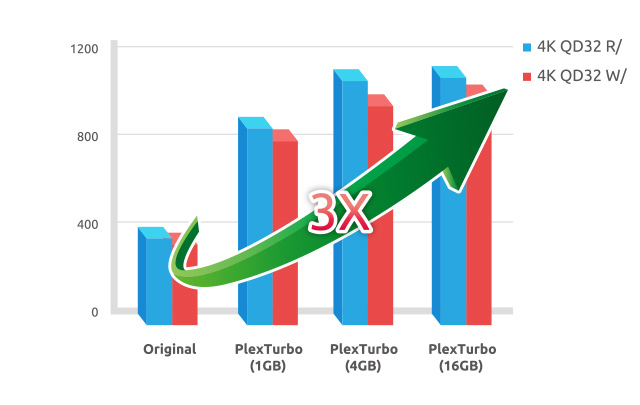 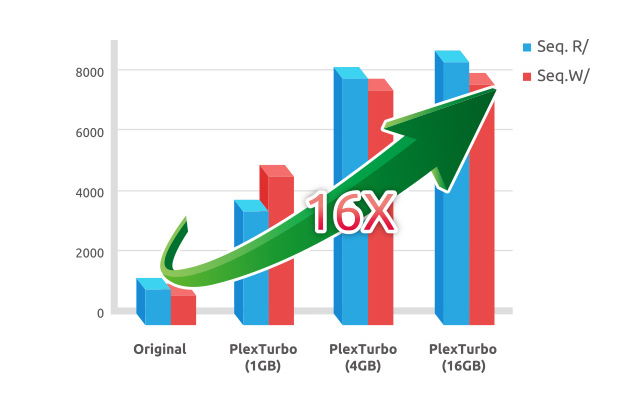 PlexTurbo can save the latest data and preload it in cache when you boot up the next time. This advance technology can shave precious time off when reading and opening files. 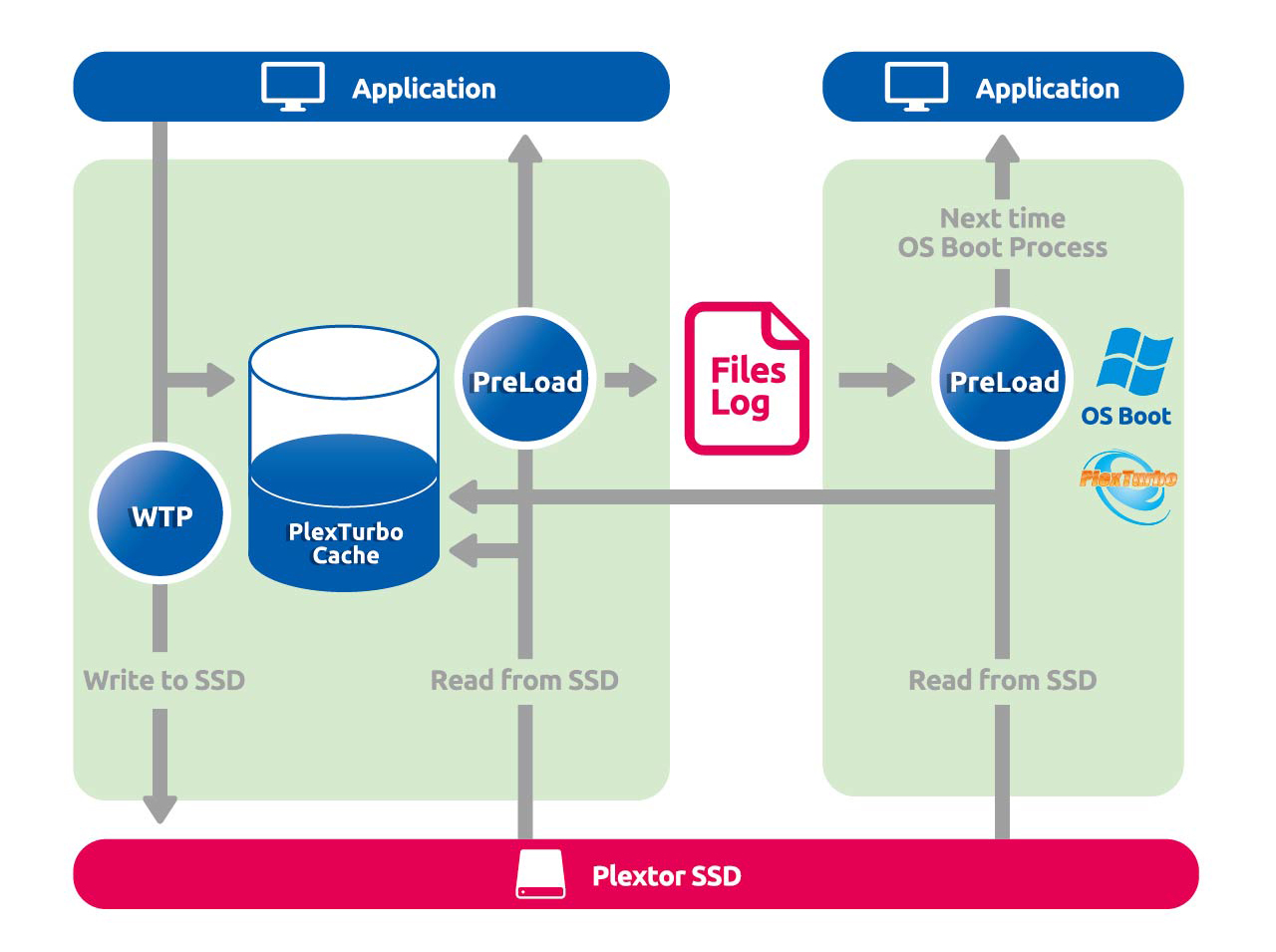 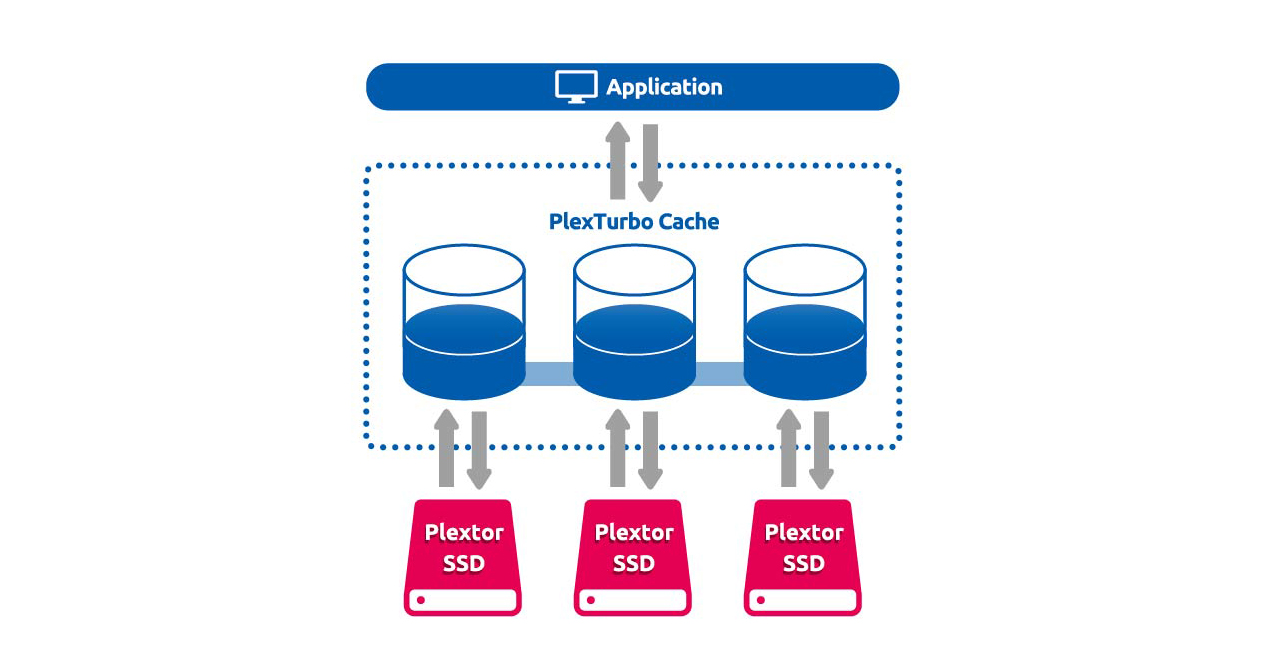 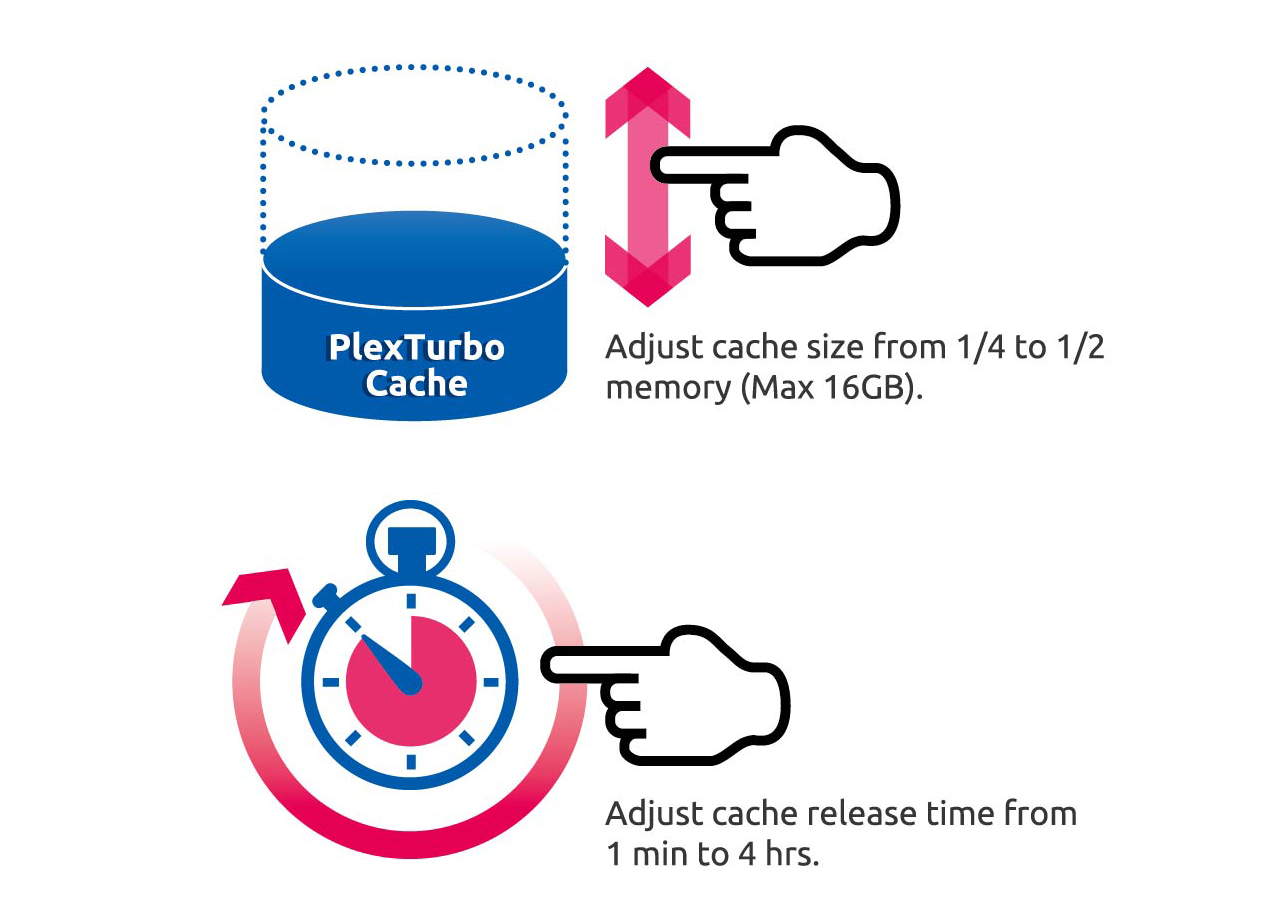 PlexTurbo Versions and compared with other DRAM cache technology

Test results will vary with different hardware platforms and software, and systems differences may also vary to some extent; we recommend the following platform configurations: